You start the Egmond-Pier-Egmond race from Boulevard Noord in Egmond aan Zee. Via Velsen, Wijk aan Zee and Castricum you drive to the finish on Boulevard Noord. The course over 38 kilometers is challenging and goes over the beach, through the dunes and has obstacles and climbs.
From the start on Boulevard Noord, you cycle onto the beach via the main beach entrance and cycle 18 km directly to the Pier in Velsen Noord. After 38 km you will return to Boulevard North. If you are at the main beach entrance, you still have to cover 500 meters. You cycle up past the lighthouse and the end of your challenge is in sight!

In Velsen Noord you get the challenge to cycle up the Pier and then leave the beach here to Reyndersweg to go back to the beach a kilometer further, after you have climbed the stairs. 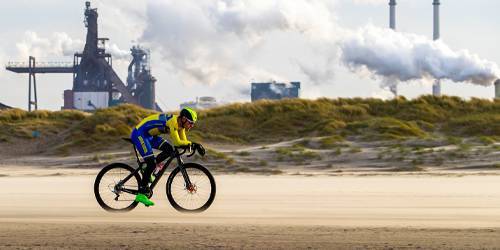 In Wijk aan Zee there will be a defining moment in the race. Here you get a 500 meter long climb with a maximum gradient of 8% that leads to Strandhotel Het Hoge Duin.
The difference is expected to be made here. The climb is short and vicious, but in its steepest part it has an increase percentage that is comparable to the Cauberg. 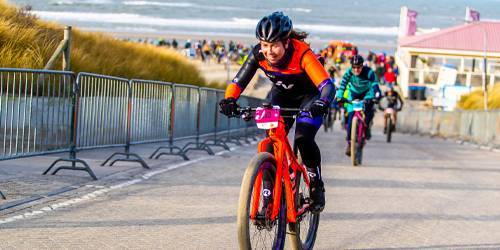 After 27 km there is a spectacular trip from the beach at Castricum aan Zee. The soft sand at the beach entrance, the steep climb, the stairs you have to descend and the obstacles in the descent make this perhaps the most spectacular part of Egmond-Pier-Egmond. This technical piece has been a defining moment in the competition for years. 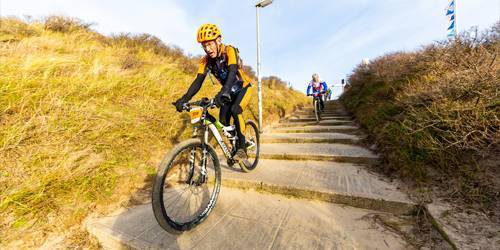 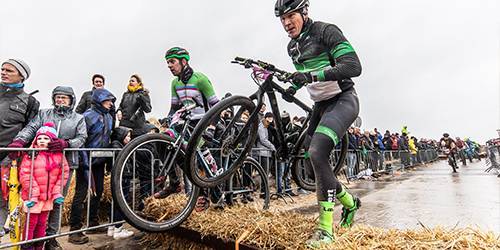 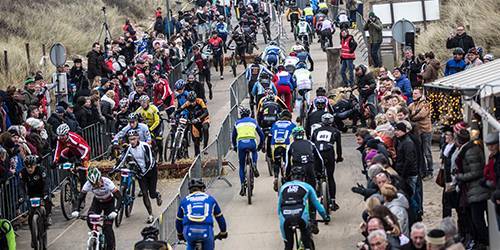 A time limit of 3 hours is maintained from the last start. Participants who pass the first passage at Castricum aan Zee outside the limit time will be removed from the competition.
One Community